Professor of Modern and Contemporary Art

Julian Stallabrass a lecturer, writer, photographer and curator with a particular interest in the relations between art and political issues. His research and teaching is in areas of modern and contemporary art, including the globalisation of art and the biennial scene, the history of photography and new media art. Most recently, he has been working on documentary photography, film and video, especially in the depiction of war. He has also been researching populism in contemporary art and politics.

His first book, Gargantua (Verso 1996) was about aspects of visual mass and popular culture, including street art, amateur photography and computer games. High Art Lite (Verso 1999) remains the only serious critical and analytical account of ‘young British art’, and was the subject of much controversy on its launch. With the Royal Academy, Julian wrote Paris Pictured (2002), an account of the rise and fall of street photography in the city, and the conditions for its flourishing in leftist politics, rent control and regulated development. Internet Art (Tate 2003) was the first book about the subject, and examined the challenges it presented to the art world and to conventional critical discourse. Art Incorporated (later published and updated as Contemporary Art: A Very Short Introduction) (Oxford, 2004/ 2006) analysed the globalisation of the art world, and art’s place in contemporary culture and society. It has been translated into six languages.

In 2008 Julian curated the Brighton Photo Biennial, Memory of Fire: Images of War and the War of Images, nine contrasting exhibitions about war photography. Materials from the exhibitions, and essays on the subject and interviews with photographers were later collected into the book, Memory of Fire (Photoworks 2013).

Julian has also written shorter essays and art criticism for many publications, including Artforum, Texte zur Kunste, Bazaar Art and the London Review of Books. 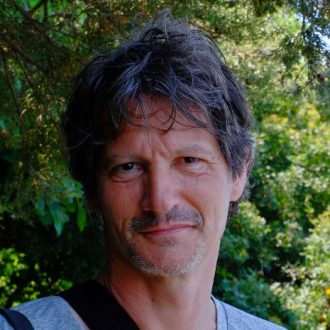 Member of the International Association of Art Critics (AICA) since 1990.