Gavin Parkinson was a BA student in Manchester,  then completed his MA at The Courtauld in 1997,  followed by a PhD in 2000. After lecturing at Birkbeck College and the University of Oxford he joined The Courtauld teaching staff as a Lecturer in 2008 and became a Senior Lecturer in 2014 then Professor in 2019.

Gavin is a former editor of the Ashgate and Routledge series Studies in Surrealism and a former Reviews Editor of Art History (2011-16). He lectures and writes on European and American art, culture and criticism of the nineteenth and twentieth centuries and is particularly interested in art and science, art historiography, comics and science fiction, with an emphasis on the long history of Surrealism. His books are Enchanted Ground: André Breton, Modernism and the Surrealist Appraisal of Fin-de-Siècle Painting (Bloomsbury 2018); Futures of Surrealism: Myth, Science Fiction and Fantastic Art in France 1936-1969 (Yale University Press 2015); Surrealism, Art and Modern Science: Relativity, Quantum Mechanics, Epistemology (Yale University Press 2008); and The Duchamp Book (Tate Publishing 2008) and he is also the editor of the collection of essays Surrealism, Science Fiction and Comics (Liverpool University Press 2015). His book Robert Rauschenberg and Surrealism: Art History, ‘Sensibility’ and War in the 1960s is forthcoming from Bloomsbury in 2021. 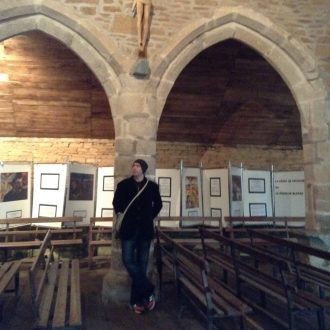