Barbara Furlotti completed her PhD at Queen Mary University of London in 2009 with a thesis on the consumption and collecting practices at the court of Paolo Giordano I Orsini, which has been published as A Renaissance Baron and his Possessions. Paolo Giordano I Orsini (1541-1585), Turnout, Brepols 2012. In 2009-2010, she was awarded a post-doctoral residential fellowship at the Getty Research Institute in Los Angeles, where she was involved in the Getty research project The Display of Art in Roman Palaces, 1550-1750, exploring in particular the subject of mobility of artistic and luxury works at aristocratic courts. In 2012-2015, she was a Marie Curie Fellow (Senior Researcher) of the Gerda Henkel Stiftung at the Warburg Institute in London with a project focussing on the market for antiquities in sixteenth-century Rome, which resulted in her book Antiquities in Motion. From Excavation Sites to Renaissance Collections, Los Angeles, The Getty Publications, 2019. She has researched and published extensively on topics related to the history of collecting, the display of art, the art market and antiquarianism. She has recently co-curated the exhibition Giulio Romano: Art and Desire (Mantua, Palazzo Te, October 2019-January 2020) on eroticism and Renaissance art, and she is currently working on the forthcoming exhibition Giulio Romano: the Art of Living (Mantua, Palazzo Te, October 2022), on the design of fashionable Renaissance objects. 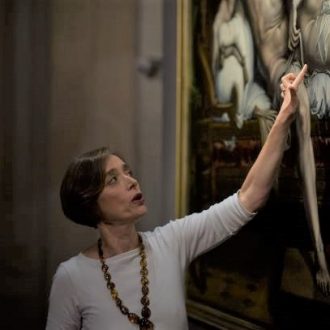