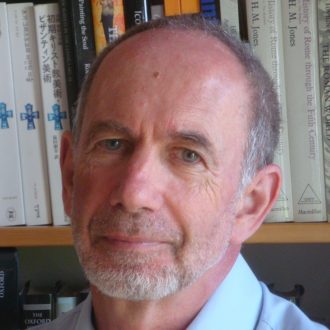 After studying English as an undergraduate at Cambridge, John Lowden took the MA (1977) and PhD (1980) at The Courtauld. He had a temporary appointment in art history at St Andrews, before joining the academic staff of The Courtauld in 1982. He is active nationally and internationally as a member of scientific committees (Anjou Bible-Leuven), advisory boards (chair, Catalogue of Illuminated Manuscripts, British Library), and as a supervisor of doctoral research. As director of the Research Centre for Illuminated Manuscripts he seeks to facilitate and forward research in relevant areas. He is convenor of the Leuven-Lille-London study group, which has met annually since 1999.

The Making of the Bibles Moralisées, was awarded the 2002 Gruendler Prize for the best book in medieval studies. His Early Christian and Byzantine Art (now in its sixth impression) has been translated into French, Greek, Japanese and Korean. He has been a British Academy/ Leverhulme Senior Research Fellow (1992-93), and he gave the Grinfield Lectures in the University of Oxford (1996-98). He was co-investigator with Dr Scot McKendrick (British Library) on the AHRC-funded ‘ROYAL’ project (2008-2011), and director of the privately–funded Gothic Ivories Project at The Courtauld (2008-2015). He is a member of the editorial board of the Journal of the Warburg and Courtauld Institutes, and Perspective: La revue de l’INHA. John was elected member of the Academia Europaea in 2006 and a fellow of the British Academy in 2013.