Esther Chadwick is a specialist in eighteenth-century British art, with a focus on printmaking. She studied Art History at the University of Cambridge and completed her doctorate at Yale University in 2016. She has held fellowships at the Paul Mellon Centre in London, the Huntington Library, California, the Lewis Walpole Library, Connecticut, and in 2013-2016 was Paul Mellon Fellow at the Center for Advanced Study in the Visual Arts, Washington D.C. Before joining the Courtauld, she was a curator in the Department of Prints and Drawings at the British Museum.

Esther’s research addresses the role of art in the age of revolutions, the materiality and agency of printed images, the visual culture of transatlantic slavery, and the construction of race. She is interested in the global contexts of British art and is currently working on the cultural connections between Britain and Haiti in the years after the Haitian Revolution. In 2014, she co-curated Figures of Empire: Slavery and Portraiture in Eighteenth-Century Atlantic Britain with Meredith Gamer and Cyra Levenson at the Yale Center for British Art, New Haven. At the British Museum in 2018, she curated A revolutionary legacy: Haiti and Toussaint Louverture. Esther is currently working on a book that examines the formative role of printmaking in the work of British artists, entitled The Radical Print: Art and Politics in Late Eighteenth-Century Britain. 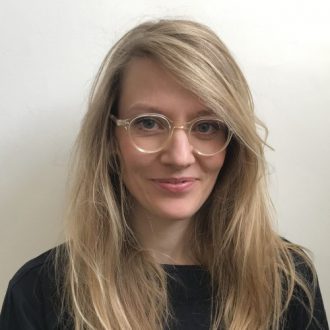 Writing for a wider public