Caroline Arscott has lectured at The Courtauld since 1988: extending her study of the Victorian art world from an initial focus on modern life painting in the 1840s and 1850s into work on the pre-Victorian period (in relation to urban topography) and on the late Victorian period (in relation to the Aesthetic Movement). She is the Walter H. Annenberg Professor of Art History at The Courtauld.  Her publications include articles on a wide range of Victorian artists including William Holman Hunt, Gibson, Millais, Leighton, Poynter, Whistler, Sickert, Tissot, Fildes, Scharf and Frith. She collaborated with Katie Scott in the publication of essays on art and sexuality, Manifestations of Venus (Manchester University Press, Manchester, 2000). In 2008 she published William Morris and Edward Burne-Jones: Interlacings, (Yale University Press, New Haven and London). This book addresses technical features of body building, the armaments industry, horticulture, angling and Victorian tattooing in its discussion of the work of Morris and Burne-Jones. She has an interest in scientific thought and technologies of the nineteenth century and was involved in a research collaboration between The Courtauld and University of California, Caltech on art and scientific modelling (Modeling Modelling) and led a project with King’s College, London and University College London on art, literature and communications technologies of the Victorian period (Scrambled Messages: The Telegraphic Imaginary 1857-1900).  She is developing a collaborative project on the 1860’s Idyll in Victorian art and literature.

She was a member of the Editorial Board of the Oxford Art Journal from 1998-2008 and continues to serve as Advisory Editor. Caroline Arscott was also local UK editor (2009-2014) for the RIHA Journal published by the international organisation Research Institutes in the History of Art .  She was a member of the Council of the Paul Mellon Centre Advisory Council (2009-2013).  From 2009 until 2014 she was Head of Research at The Courtauld with responsibility for the Research Forum programme of activities and for The Courtauld’s research strategy and Research Excellence Framework (REF) submission.  She was (founding) Series Editor for Courtauld Books Online (2010-14).  She was Senior Fellow at the Paul Mellon Centre for the Study of British Art in 2014-15, undertaking research on art and science in the 1870s.  From 2021 she serves on Board of Directors of the Historians of British Art, affiliate society of the US College Art Association. 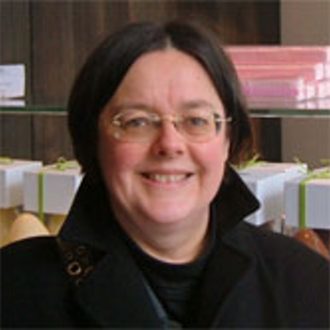