Antony Eastmond read history at Oxford and whilst there he became increasingly intrigued by the possibilities of using art and material culture to write history. This was confirmed when he came to The Courtauld to take an MA in Byzantine art, and then a PhD in the art of medieval Georgia in the Caucasus.

Key themes in Antony’s work centre on the use of art to manufacture, display and manipulate identities on a public stage, especially on the frontiers between religions and cultures.

Antony has taught at The Courtauld since 2004; from 2016-2020 he was Dean and Deputy Director. Before that he spent nine years in the art history department at the University of Warwick where he was Head of Department in his last two years.

His research is divided between topics in Late Antique and Byzantine art and topics relating to the Caucasus (Georgia and Armenia), and relations between the Christian and Islamic cultures there.

His most recent book is a study of women and identity in eastern Anatolia and the Caucasus on the eve of the Mongol invasions in the thirteenth century – the land where three worlds meet. 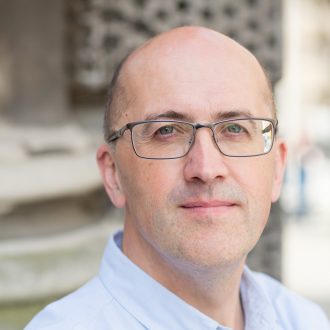 Cross-cultural studies in the Caucasus