Thesis: Imagining a Modern Metropolis: George Dance the Younger’s Urban Planning for the City of London, 1768-1815

My thesis considers the urban planning proposals of George Dance the Younger, produced 1768–1815 for the Corporation of London. While Dance’s most visionary monumental schemes for the Finsbury Estate (1768-69), St George’s Fields (1768-71) , Temple Bar–St Clement Danes (1786) and the Port of London (1796-1802) were never executed in full, the architectural plans and perspective drawings relating to these proposals were often debated and displayed in the City’s Common Council Chamber and Parliament as well as disseminated in the form of prints; book, article and pamphlet illustrations; and artwork exhibited at the Royal Academy and Sadler’s Wells Theatre. By examining the publication history and reception of these planning schemes in relation to anthropological and sociological theories of materiality, space, place and collective memory, my research aims to understand how two-dimensional representations of urban form functioned as powerful signifiers and even actors in the urban planning process. 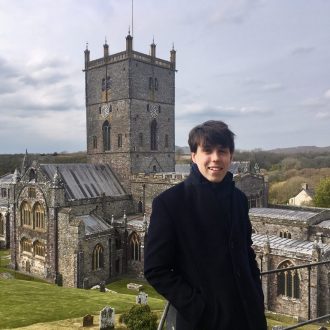