Thesis: “The Epitome of the Kingdom”: Architecture, Identity and the Protean Politics of Irish Improvement c1600-c1740

My research focuses on an examination of how the contextualisation of buildings and urban topologies within the contemporaneous milieu of political activity, philosophical thought, artistic taste and foreign influence can transform orthodox historic narratives.

In the popular perception, the building projects of the Irish Protestant Ascendancy in the Early Modern period have very often been viewed through a distinctly colonial lens. Reflecting a largely nineteenth-century polarised nationalist political narrative which portrayed the history of Ireland as a story of perpetual conflict between a minority Protestant “British” colonial caste and the majority Catholic “Irish” native population they governed by force, the building projects of the Irish Ascendancy have frequently been viewed as essentially colonial in nature and distinctly “un-Irish”. Yet it is clear from contemporaneous accounts that notions of “Irishness” shifted significantly and indeterminately throughout the Early Modern period.

When confronted with the mansion then under construction for the Speaker of the Irish Commons at Castletown, Co Kildare in 1722,  for instance, Sir John Perceval (1683-1748) wrote that “I would have it as it were the epitome of the [Irish] Kingdom”. Major buildings, both public and private, constructed in Ireland between 1600 and 1740, were – in fact – overtly fashioned and often propagandised as uniquely “Irish”. Far from being a demonstration of a hegemonic colonial attempt to put the dominance of the British state on display, these buildings were instead intended to act as indicators of a distinct Irish civility and civic virtue aimed at the “improvement” of Ireland as a separate kingdom under the same Crown as England. They were cast as manifest symbols of a distinct Irish national identity centred on mercantile prosperity, good government and political independence from Britain. Recent studies on Early Modern attitudes to national self-awareness have stressed the centrality of the concept of “improvement” to the self-fashioning and promotion of the nation state as distinct from its neighbours, rivals or colonial motherland. This aspect of Irish building appears particularly significant in the country house type. The seats of a great landowners were, through artistic taste, wise land stewardship and prudent household management, cast as a microcosm of the “improved” Irish state symbolising and promoting a conspicuously patriotic political message and a distinct form of Irish national identity as a cosmopolitan independent state among the states of Europe.

I aim to re-contextualise Irish architecture from this period within its socio-political framework in order to determine the extent to which “fine building” was consciously propagandised in this way. Furthermore, consideration will be given to more recent studies of Irish architecture which have contextualised Ascendancy building projects within the wider European sphere, casting Irish architecture not merely as a culturally provincial and politically insular response to the unique socio-political situation in Ireland, but rather as displaying architectural ideas that were common throughout Europe. In doing so, the orthodox narrative history of patriotic Irish statehood shall be reshaped through a reconnection of these structures to outward-looking notions of Irish identity based on Enlightenment thought which were commercial rather than cultural in aim and distinctly Protestant in outlook. This form of Irish identity was substantially “airbrushed” from the orthodox narrative of Irish history in the nineteenth century, with the rise of an inward-looking form of Irish nationalism based on shared culture, language and Catholic religious belief. 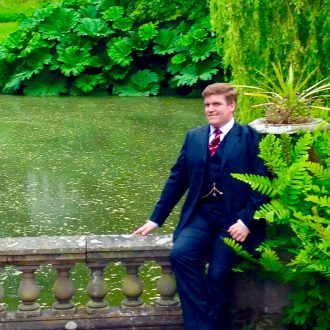