Maria Mileeva is a specialist in modern Russian culture, specialising in late 19th– and 20th-century Russian art and international avant-garde networks, with a particular interest in museum histories, cultural politics, and cross-cultural exchange. Her specialist knowledge and professional experience embrace cross-currents of European, Russian, and American art in the first half of the 20th century, with a particular focus on Russian, German, and East European cultural politics. Maria received a BA in History of Art at the University of Cambridge (2005), and MA (2006) and PhD (2011) at The Courtauld Institute of Art. Her doctoral thesis examined exhibitions of Western art in the Soviet Union in the 1920s and 1930s with a particular focus on the history of the State Museum of New Western Art (GMNZI), Moscow. Maria has also worked as an Assistant Curator of ‘Cold War Modern: Design 1945-1970’, held at the Victoria and Albert Museum, London in autumn 2008. She co-edited and contributed to the book Utopian Reality: Reconstructing Culture in Revolutionary Russia and Beyond (Brill, 2013).

Since finishing her PhD, Maria has taught at The Courtauld Institute of Art and University College London (UCL). In 2016-17, she was an Associated Researcher in the Faculty of Art History, at the European University, St Petersburg. She is currently working on her next book project, which focuses on the evolution of Soviet Socialist Realism in art and criticism between 1930 and 1970. She continues to serve as the Co-director of the Cambridge Courtauld Russian Art Centre (CCRAC). 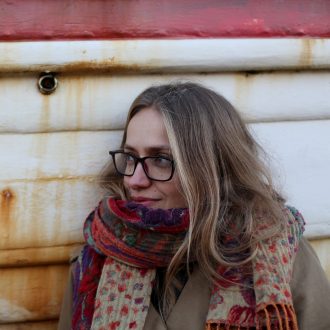