Stephen Whiteman’s research and teaching focuses on the visual and spatial cultures of early modern China in their global contexts. His recent work looks at connected histories of landscape and space in the Qing Dynasty as expressed through gardens, visual culture, and cultural memory. In Where Dragon Veins Meet: The Kangxi Emperor and His Estate at Rehe (Washington UP, 2020), he explores the construction and deployment of landscape as a medium for imperial ideology in the cosmopolitan early Qing court. His first book, Thirty-Six Views: The Kangxi Emperor’s Mountain Estate in Poetry and Prints (Dumbarton Oaks/Harvard UP, 2016), with Richard E. Strassberg, delves deeply into a transcultural garden album published by the Qing court in the 1710s. It received the John Brinkerhoff Jackson Book Prize from the Foundation for Landscape Studies in 2017. His newest book, Landscape and Authority in the Early Modern World, a collection of ten essays forthcoming from Penn Studies in Landscape Architecture, argues the potential of connective histories of landscape for expanding our understanding of early modern space beyond nationally or culturally constrained discourses.

Other major areas of current research include histories of mapping and maritime cultures in China, site-based research in Southeast Asia, and digital methods in art and architectural history. His new book project, Under Heaven and Within the Seas: Mapping China Since 1000 (Reaktion, under advanced contract) draws on art history and cultural geography to explore the changing political and cultural stakes of landscape and territory in China from the perspective of a transcultural history of cartography. He is the Project Director and co-Chief Investigator for Site and Space in Southeast Asia, a collaborative research project exploring spatial histories of art and architecture in Penang, Malaysia, Yangon, Myanmar, and Huê, Vietnam funded by the Getty Foundation’s Connecting Art Histories initiative. His first CAH project, Ambitious Alignments: New Histories of Southeast Asian Art, also organised with colleagues at the University of Sydney, appeared as a co-edited volume published by Power Publications and National Gallery Singapore in 2018.

On the digital front, he is working on several projects concerned with mapping, spatial construction, and the perception of space and environment in early modern architecture and art. Working with Hedren Sum, a information scientist at Nanyang Technological University, Singapore, he is developing X-Sheds: An Interactive Art History of Experience, a project exploring the potential for deep modelling of multi-sensory environments as means for critically reconstructing spatial and sensorial experience in the past. The project is currently funded by a pilot grant from the Power Foundation’s Visual Understanding Initiative; an earlier phase was supported through the Getty Foundation and Wired! Labs’s Visualizing Venice project.

Stephen studied History of Art, History, and East Asian Studies at Brown University, and earned an MA in East Asian Studies and his PhD in Art History from Stanford University. His research has been supported by fellowships at the Center for Advanced Study in the Visual Arts at the National Gallery of Art and Dumbarton Oaks Library and Research Collection, as well as grants from the Australian Academy of the Humanities, the Chiang-Ching Kuo Foundation, CAA, the Graham Foundation for Advanced Studies in the Fine Arts, the Mellon Foundation, and the Metropolitan Center for Far Eastern Art Studies, among others. Prior to joining the Courtauld, Stephen was Senior Lecturer of Asian Art, Deputy Director of the Power Institute for Art and Visual Culture, and Associate Curator of Asian Art at the University of Sydney. 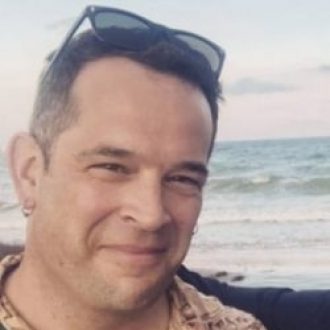