Professor in the Arts of Iran and Islam; Graduate Diploma Programme Coordinator

Sussan Babaie joined The Courtauld Institute of Art in 2013 to take up a newly established post teaching on the arts of Iran and Islam. Born in Iran, Sussan attended the University of Tehran’s Faculty of Fine Arts (Graphic Design) until the revolution of 1979 when she moved to the USA to study for a Master’s degree in Italian Renaissance and American Arts, followed by a PhD at the Institute of Fine Arts, NYU, where she focused on the arts of Islam. She has many years of experience teaching at Smith College and the University of Michigan in America, and as the Allianz Visiting Professor at the Institut für Kunstgeschichte, Ludwig Maximilian University, in Munich.

Her exhibitions include the guest-curated Strolling in Isfahan, at the Sackler Museum of Harvard University (2010), and two exhibitions she curated with her undergraduate students at the University of Michigan Museum of Art (installation, 2002-2006), and at Smith College Museum of Art (1998). While she was a graduate student fellow at the Metropolitan Museum of Art, she co-curated and co-wrote the catalogue of the exhibition ‘Persian Drawings in the Metropolitan Museum of Art’ (1989). She has consulted on Persian and Islamic arts with the Walters Art Museum, Baltimore, the Kelsey Museum of Archaeology, University of Michigan, the Portland Art Museum, Portland, Oregon, the Detroit Institute of Art, and The British Museum. Sussan also curated with her students two installations at the Gulbenkian Museum in Lisbon as part of her MA teaching. She works closely with The Courtauld Gallery of Art.

Her research interests include the early modern Safavid period with topics on urbanism and empire studies, on sexuality and social habits of ‘seeing’, and on transcultural visuality and notions of exoticism. Most recently, she has been developing a book-length project on Food/Art and the link between taste and seeing. A university-trained graphic designer, she writes and lectures on the historiography of the global contemporary and its implications for the arts of Iran and the Middle East. Most recently, her research has been supported by grants from the United States National Endowment for the Humanities, the Fulbright (for research in Egypt and Syria) and the Getty Research Institute in Los Angeles. 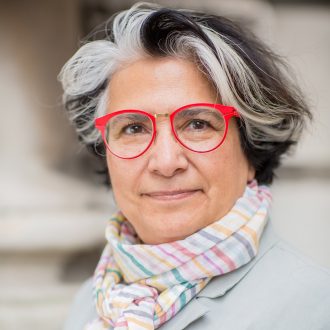 ‘Architectural “worlding”: Fischer von Erlach and the eighteenth-century fabrication of a history of architecture’, in Journal 18 (Autumn 2021), volume dedicated to “The Long 18th Century?”, edited by Sarah Betzer and Dipti Khera.

‘Shirin Neshat—Opening the Face’, in Living in One Land, Dreaming in Another, exhibition catalogue, edited by Judith Csiki (Munich: Pinakothek der Moderne, 2021).

‘The Safavid Era: The Sense of Place’, in Iran. Art and Culture from Five Millennia, exhibition catalogue, edited by Ute Franke (Berlin: National Museums and Hirmer, 2021).