I came to the Courtauld in 1993 and have taught here on the art of northern Europe in the late medieval and renaissance period ever since. I have  worked and published on illuminated manuscripts, sculpture, textiles, metalwork and panel painting from across northern Europe, including Spain. I am interested in how art was made, used and viewed, in the value and meaning of materials and their colour, combining evidence from primary archival and theological sources, with the physical and technical examination of the work itself. Current research projects include the  inventories of the Valois courts of France,  c. 1360-1422, as objects and texts; the tomb of Philip the Bold at the Chartreuse  de Champmol in Dijon by Claus Sluter and Claus de Werve; the meaning and working of materials for funerary monuments, notably black Dinant marble; the Seilern Triptych in the Courtauld Collection and the Early Netherlandish painter the Master of Flémalle. 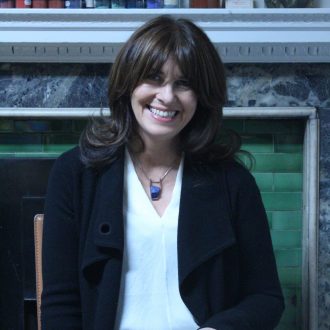 Over the last three years I have been the recipient of a major research fellowship from the Leverhulme Trust, working on  a  book provisionally entitled ‘Making Lists: Inventories and Objects at the Courts of France’. At its heart it is a study of visual culture of the courts of France in the late 14th and early 15th centuries, but seen through the lens of a particular form of  written artifact, the detailed inventories of the kings of France and the princes of the blood: these include Charles V (d. 1380), his brothers Jean de Berry (d. 1416), Philip the Bold (d. 1404), and Louis of Anjou (d. 1384), and Charles V’s son, Charles VI (d. 1422). These men (and it was mostly, if not exclusively, men) amassed vast collections of thousands of precious objects, termed collectively ‘joyaux’, which encompassed metalwork, precious jewels, chapel goods and textiles, robes, hats, tapestries, paintings, manuscripts, relics, dog collars, astrolabes, sundials, cameos, and a host of other ‘choses estranges’ like giants’ teeth and ostrich eggs. Most have since been lost, and much was dispersed and melted down even within their lifetimes, but recorded in a series of extraordinary, often loquacious, inventories – far more of them than I had thought at the start (I have discovered several previously unknown ones).   My research has focused not simply on what was described in these inventories – as fascinating as that is – but on how it was described – in practical and linguistic terms. These inventories were often made ad vivam and in one case at least, that of Louis of Anjou,  dictated by the prince himself. Louis’s inventory  includes nearly 4,000 items and has individual descriptions of its finest objects extending to more than 40 folios: it is thus an unparalleled, and untapped, example of late-medieval ekphrastic description – and of the patron’s voice. These are fascinating as things in their own right, remarkably varied in their form and function: most are bound codices, but some are rolls; some are on paper, some on parchment; many teem with marginal notes recording absence and presence, damage and repair; others have clear, wide margins, with not a trace of later annotations, beautiful script, and illuminated frontispieces.I have tried in this project to piece together how they were made, by whom and why (never as obvious as it might seem). But  I have also pondered how they were used over time, and how their significance shifted and developed: it seems to me that they often became repositories of cultural memory and ancestral power, symbols of French patrimony, long lost, but eloquent, nevertheless.