My research focuses on new media art practices in the region of Central and Eastern Europe and ex-Yugoslavia in the aftermath of the dissolution of socialist governments after 1989. The fall of the Cold War political order was accompanied by rapid developments in communication technologies, with the Internet facilitating transnational communication on an unprecedented scale. In this context, new media and internet access were widely lauded as essential support for the developing civil society that would facilitate the process of transition from socialism to Western-style liberal democratic systems in post-socialist states.

Drawing on interviews, as well as online and physical archives, my thesis will examine regional networks associated with new media art practices that emerged with the aim of facilitating artistic communication within the ‘former East’ and internationally. It will position these endeavours in the historical context of post-1989 political, economic and social transitions, and examine the ways in which local histories of art of the twentieth century – actively researched, archived, exhibited and increasingly made accessible online throughout the 1990s – have informed activist and critical responses to the neo-liberalisation of former Eastern Europe through the lens of new media art. 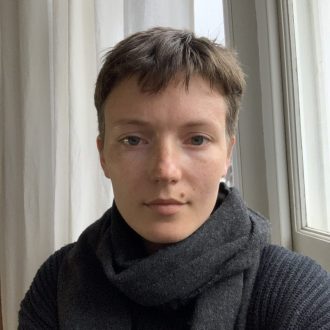