Christine Stevenson began teaching at The Courtauld in 2002, after ten years as a lecturer at the University of Reading and, previously, work as an academic editor at the Wellcome Institute for the History of Medicine and the Grove Dictionary of Art. Research for her previous book, Medicine and Magnificence: British Hospital and Asylum Architecture, 1660-1815 (Yale, 2000) led imperceptibly into that for her most recent, The City and the King: Architecture and Politics in Restoration London (Yale, 2013), which was short-listed for the Longman-History Today Book Prize, the William M. Berger Prize for British Art History, the Alice Davis Hitchcock Medallion, and the Art Book Prize. It was runner-up (‘Honorable Mention’) for the Spiro Kostof Book Award (2016), given to a work in any ‘discipline related to urban history that has made the greatest contribution to our understanding of historical development and change’ by the Society of Architectural Historians (of North America).

Christine was in 2020 awarded a twelve-month Leverhulme Research Fellowship to support the completion of her new book, provisionally called Mechanick Races: The Production and Consumption of English Baroque Architecture. Almost thirty years ago, she began to wonder what a history of late seventeenth and early eighteenth-century English architecture would look like if we switched the focus from architects to the masons, bricklayers, carvers, plasterers, smiths, and painters who produced the structural and decorative elements that together made up a high-end building, and to the patrons who valued their products. She was then distracted by other projects, but this one is the result of that question. 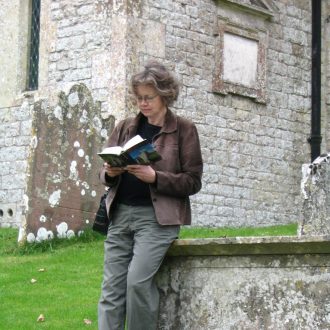