Professor in the History of Art

Katie Scott studied History of Art at University College London, from which she gained both a BA and a PhD. She has taught at The Courtauld Institute of Art since 1988.

A specialist in French art and architecture of the early modern period, Katie’s research interests focus on the relationship between works of art and their physical and social context. The domestic interior, decoration, ornament and increasingly the decorative arts have been the objects of critical essays in exhibition catalogues, journals, edited collections and her book The Rococo Interior (Yale University Press, 1996).

More recently she has been preparing a book length study on the origin of copyright and patent in the arts in early modern France. Her interests have thus turned to questions of mechanical reproduction and the culture of the copy. Specifically, she has written about Chardin’s copies, repetitions and the reproductions of his genre paintings; she has also explored the ways in which François Boucher’s artistic persona was collectively produced by the reproduction of his work in print.

In the context of decorative arts and material culture, Katie and Hannah Williams were contributing members of the Material Life of Things project at The Courtauld Institute of Art Research Forum organised and chaired by Francesco Lucchini in 2010. They are well underway on a dictionary entitled Lost Property: Eighteenth-century artists’ things recovered which approaches the manifestation, representation and commemoration of artistic identity via an analysis of things.

Katie is also a member of an interdisciplinary research group that unites scholars in the history and philosophy of science and the history of art from UCLA, McGill and The Courtauld; their research topic is Models and Modelling in art and science. A publication will be forthcoming. She is on the editorial boards of Perspective: La revue de l’INHA and Early Modern French Studies. 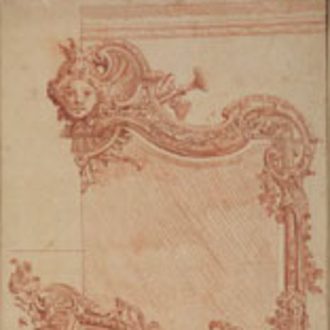