Thesis: ‘This Splitting of a Hair’ – The Magic of Miniaturisation in 15th and 16th Century Manuscript Painting

Persian paintings are often described in the most hyperbolic terms, both in the primary sources and by scholars. A Safavid critic and historian, Qazi Ahmad praises the painter’s qalam (brush), asserting that ‘its business is magic wonders’. However, the visual mechanisms which underpin these dazzlingly detailed surfaces have never been clearly expounded and their meaning has too often been reduced to mere conspicuous consumption. By applying the lens of size and scale to Persian manuscript paintings, my research aims to provide more precise and revealing analyses of these works, as well as addressing the materiality of their codical context. When analysed in this way, it becomes possible to identify a tendency towards small-scale compositions and minute surface detail, which emerges in Jalayirid Baghdad and continues to be explored and developed by artists during the Timurid and Safavid periods. Although my research will address the complex chronological developments and variations in this miniaturised mode, this project focuses on the late fifteenth early sixteenth century, as the period in which the interest in miniaturisation seemed most pronounced.

In the field of Islamic art, the importance of scale has been implicit in art-historical accounts of the development of Persian painting. However, this research aims to go beyond the analysis of scale in terms of provenance and as a descriptive tool. By exploring certain key manuscripts in their material, historical and intellectual contexts I will aim to reveal the cultural resonances of this miniaturised style. Most importantly, I will address how miniaturisation affected the text-image relationship through a detailed case study of Nizami’s Khamseh, a poetic masterpiece closely associated with the lyrical (or miniaturised) style of Persian painting. 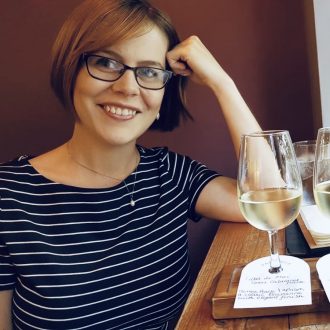 MA by Research, History of Art, University of York (2018-2019). Thesis: The Significance of Size and Scale in the Appeal of the Tudor Portrait Miniature

Teaching and Other Activities