My thesis examines the architecture and art of the final chapter of the Safavid era (1501-1722) in Iranian history. Rarely analysed in depth, the subject has been dismissed as belonging to a late-period decline paradigm. It focuses on an extraordinary urban campaign during the reign of Shah Sultan Hussein (r. 1694-1722). This is a cluster of buildings known as the Madrasa-i Madar-i Shah: a madrasa (theological college), caravanserai and a bazaar, situated parallel to the Chahar Bagh Promenade in the Safavid capital of Isfahan. Today, the complex stands nearly as designed, and functions almost as it was intended from its inception.

The calculated composition and interlinked functions formed a new urban development in Isfahan, installing Shi’ism as an institutionally ensconced state religion. The Safavid Shi’i conversion (16th century), consolidation (17th century), and final institutionalisation, are represented by the choices made in imperial patronage; phases that correspond with the urban evolution of ancestral shrines, the development of Isfahan as the capital, and finally the transformation into a ‘City of Learning’, as inscribed on the entrance doors of the complex.

It studies the transformation of Isfahan from a politico-economic anchor to a theological capital/capitol, a ‘City of Learning’, competitive with other centres of Shi’i theology.  I explore how the rise in power of the religious elite intercedes one of the masterworks of the Safavids, and how the conception of this project served to reorient urban culture and urban thinking in Isfahan. The site’s architectural innovation, decorative programme of unparalleled tilework, epigraphic inventiveness and extraordinary silver doors that mark the threshold between the public promenade and the sanctified space of the complex, reveal a contradiction in the scholarly preoccupation with the Shah’s incompetent character.

The complex functioned as a socio-cultural and religio-political nucleus, providing evidence of late Safavid power-sharing conflicts – between the shah and the clergy – and its artistic-architectural representations

This project will be the first of its kind to interrogate the final decades of Safavid era, and its urban realisations of imperial priorities. 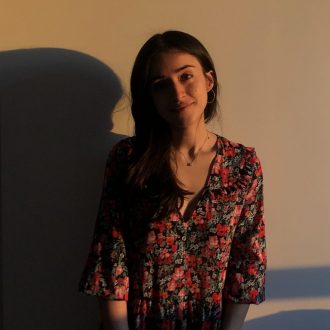