Being Together With Others: Queer American Art and the Family 1990-2020

Chapter One focuses on three photographic portrait series by American photographer Catherine Opie, tracing her use of photography as a queer tactic in the wake of the AIDS epidemic which makes literal the attempt to increase the visibility of the queer community she was part of. This chapter makes original intervention by reading Opie’s oeuvre backwards and against itself. Indeed, rather than working chronologically through her expansive oeuvre, the chapter concludes with her first major photographic series, the playful and repetitive Being and Having (1991). In so doing, I use the explicit tactics of representation found in her later Domestic (1998) and Self-Portrait Series (1993-2003) to shine new light on Opie’s first major work, taking them as evidence that Opie was in fact visualising the queer family from the very start of her career.

Chapter Two continues to examine the politics of the visibility and representation of queer subjects, via a medium which is largely absent from art historical analysis, with American illustrator A.K. Summers and her graphic novel Pregnant Butch: Nine Long Months Spent in Drag (2014). This chapter addresses two gaps in academic research: the lack of inquiry into how ‘masculine’ women negotiate pregnancy, and the exclusion of pregnancy in influential accounts of ‘female’ masculinity. I also attend closely to Summers’ use of the graphic medium, both as a way to unpack her idiosyncratic representation of a ‘resolutely butch’ pregnant subject. Building upon feminist accounts of corporeality, I interrogate Summers’ uses of the graphic medium to visualise and articulate the estrangement of the pregnant butch experience. Indeed, I complicate the compulsive association of pregnancy, femininity, and heterosexuality, demonstrating how the pregnant butch subject expands existing literature.

Chapter Three marks an aesthetic shift away from the explicitly representational modes of Catherine Opie and A.K. Summers, focusing on the abstract practice of multidisciplinary American artist Harry Dodge. Contributing to the emerging reception of Dodge’s work, this chapter puts his abstract sculptures, including the Consent-not-to-be-a-single-being series (2015) and memoir My Meteorite: Without The Random There Can Be No New Thing (2020) into conversation with each other. I argue that Dodge’s work expands the idea of family relation to a radical and queer end. In making a case for a universal type of relationality, Dodge tests the boundaries of this thesis on the queer family, yet in doing so makes clear the wealth of tactics available to queer artists to visualise viable ways of being in the world, and being with one another. 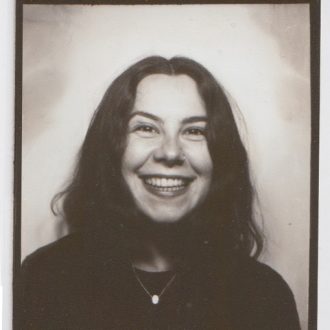