Margaret Iversen is Professor Emerita at the University of Essex. She is currently working on a number of projects at the intersection of psychoanalysis and contemporary art, including pieces on the ‘diaristic mode.’ An article called ‘Desire and the Diagrammatic’ appeared in 2016 and ‘The World without a Self: Edward Hopper and Chantal Akerman’ in 2018. She has also recently written a number of catalogue essays for artists including Anna Barriball, Cornelia Parker, and Susan Morris.

Her books include Alois Riegl: Art History and Theory, 1993, and Beyond Pleasure: Freud, Lacan, Barthes, 2007.  She co-edited, with Diarmuid Costello, a special issue of Art History, ‘Photography after Conceptual Art,’ 2010, and another for Critical Inquiry called ‘Agency and Automatism: Photography and Art since the Sixties,’ 2012, both with the support of an AHRC Major Research Grant for a project on Aesthetics after Photography. She also edited the MIT/Whitechapel ‘Documents of Contemporary Art’ volume on Chance, 2010.  Writing Art History, 2010, was written in collaboration with Stephen Melville. Her latest book is Photography, Trace and Trauma, 2017. 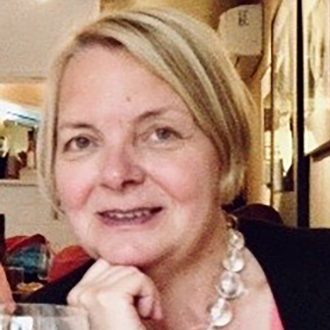