The subject of my thesis is the depiction of French rural culture and traditions in eighteenth century Paris. My work aims to understand how images and objects were utilised in an attempt to deconstruct and examine the folk culture and popular traditions of regional France in the Early Modern period. For this, the thesis encompasses a wide range of paysannerie – objects and images which deal with the reality of regional French culture. This category is diverse, ranging from printed images of Alsatian traditional costumes, to urban copies of rustic pottery, and imitations of Savoyard dress made for the Parisian market. In addition to these and others, my work aims to include the testimony of rural material culture itself, examining ‘folk’ images and objects from around eighteenth century France. Incorporating the works of the regional groups under scrutiny, I believe, allows for a more rounded examination of how these traditions and crafts were translated into the Parisian sphere, along with the elisions and alterations this process incurred.

Previous interpretations of how rural life was depicted in pre-revolutionary France have often followed a distinct and well-trodden model. This is the notion of ‘pastoralism’, where rural subjects were used as escapist fantasies by an urban population, devoid of any observation rooted in reality. The historical context for this suggests simply that the absolute power of Early Modern France only radiated outwards from the centre, ignoring its rural subjects until the 1789 revolution. While this can be the case, my work wishes to understand the ways in which rural France was visualised and deconstructed as a living cultural other, both by and for a Parisian audience. My thesis considers eighteenth century Paris as a place whose growing interest in depicting and collecting the world and its cultures was one not just extended to those living outside of the nation’s borders.

France in the eighteenth century was a growing state, whose military successes incorporated many new groups, such as the Savoyards and Alsatians, while also re-evaluating the traditional isolationism of others like the Bretons. My work examines how this historical context affected ideas of intra-national identity and otherness in Early Modern France, arguing that the search to understand and define French rural cultures left its mark most clearly in the visual and material culture of the period. 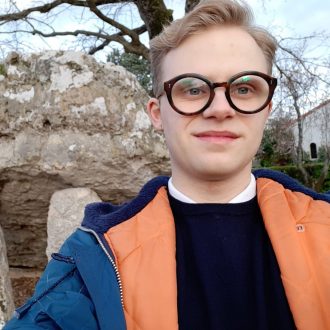