Paul Williamson is Keeper Emeritus and Honorary Senior Research Fellow at the Victoria and Albert Museum, where he worked from 1979 to 2016.  He is a Director and Trustee of The Burlington Magazine, a member of the editorial boards of the Walpole Society and the Journal of the British Archaeological Association, and is a Fellow of the Society of Antiquaries and the Royal Historical Society.  He was appointed OBE in 2016 for services to Medieval Art.

His research is concentrated mainly on medieval sculpture and the arts of the church treasury.  He is presently engaged on a multi-volume catalogue of the Wyvern Collection, the pre-eminent private collection of medieval works of art; the first volume, on Medieval and Renaissance Sculpture and Metalwork, was published in 2018, the second (Medieval and Later Ivory Carvings and Small Sculpture) appeared in 2019.  A further volume, dedicated to Medieval and Renaissance Enamels and Other Works of Art, is in progress and will be published in Autumn 2021. 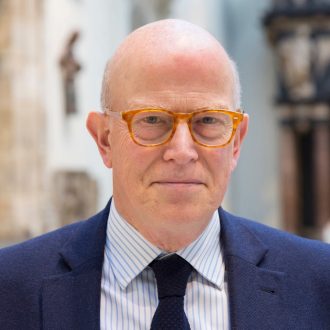