Thesis: Making Naturalism: Intersections between the Natural Sciences and the Decorative Arts in eighteenth-century France

Funded by the Courtauld Scholarship

My PhD research explores intersections between the decorative arts and the natural sciences in France from the reign of King Louis XV to the first Napoleonic Empire.  I examine the creative process of designers for tapestry, embroidery, porcelain and wallpaper in relation to the rapidly evolving disciplines of zoology, conchology, botany and chemistry.  I argue that encouraged by state patronage, the heightened exchanges between artistic production, the experimental sciences and the natural world in Parisian artistic and scientific milieus account for a novel visual language of naturalism in the decorative arts.  Tracing the circulation of shared specimens, experimental methods and developing notions about the formation and properties of the organic world in Parisian workshops, manufactures, laboratories, and cabinets reveals new exploratory attitudes towards materials and methods in artists’ design and craft processes.  The chronological structure emphasises the shift in state representations of the natural world, from an absolutist display of natural strength and wealth at the start of Louis XV’s reign to a persuasive documentation of national resources for public utility in the Napoleonic Empire (1804-1814).

The thesis combines the close analysis of individual creative processes and contextualisation within broader socio-technical networks. This combined approach allows for an insightful back and forth between focus on the individual, local practice of artists as authors, and a decentred view, emphasising the distributed nature of making.  The thesis draws on phenomenological and anthropological frameworks, particularly Tim Ingold’s notion of making as a self-generating flow and Pierre Lemonier’s model of chaînes opératoires.  I also trace the transnational circulation of botanical and zoological specimens and dyes across Europe and overseas.  The networked approach effectively circumvents the traditional dichotomy between art and science by positing their enmeshed nature, while phenomenological and anthropological frameworks steadily anchor the study in the contingencies of local practice.  The thesis mobilises two categories of visual materials: visual tools involved in processes of making such as preparatory sketches, carton drawings, pattern designs or reference images, and scientific visualisations such as zoological plates, conchological visualisations and botanical illustrations.  The confrontation of artistic and scientific visual tools generates a new understanding of the deep connections between making and knowing.

Moving beyond traditional conceptions of style, my research contributes to reformulate ‘naturalism’ as a form of technique or skill.  It challenges assumptions about the supposed smooth progress of modern industrialised production guided by enlightened science, by revealing frictions in artists’ individual working methods and by articulating the relationship between artistic and scientific practice in terms other than technology.  It also complicates the traditional dichotomy between craft and industry by emphasising standardisation methods in craft and the handwork that went into manufactured goods such as porcelain painting and sketching for wallpaper.  My analysis reveals ways in which artists adopted new experimental attitudes and scientific notions in their artistic process as means to adapt to and to challenge the increasing control, fragmentation and systematisation of skilled production. 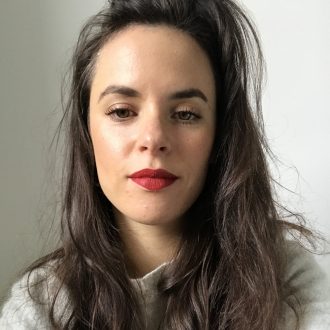