Anne studied at UCL and at the Scuola Normale Superiore di Pisa for her undergraduate degree in Italian and Art History, has an MA in art history from The Courtauld, and was supervised for her  PhD on British design prints by Professor Diana Donald, at Manchester Metropolitan University.

Anne was Paul Mellon Centre-funded Research Curator of  The Courtauld Gallery’s ground-breaking exhibition Art on the Line: The Royal Academy Exhibitions at Somerset House 1780-1836 (2001), is a translator, and lectures on aspects of late seventeenth- to late nineteenth-century British and French art. She re-joined The Courtauld in 2008 and her main focus has since been to communicate art-historical research to the public.  Having taught with conservator Clare Richardson for many years, Anne is currently creating further interdisciplinary partnerships for the short courses.

An Introduction to Art History, with Clare Richardson

Into the Modern: The arts in Britain and France from the early 18th to the early 20th century – Materials, Media and Debates, an intermediate course with Clare Richardson

PhD thesis (2007), The Emergence of a Print Genre: the Production and Dissemination of the British Design Print 1730s-1830s – accessible via the British Library’s Ethos e-theses online service 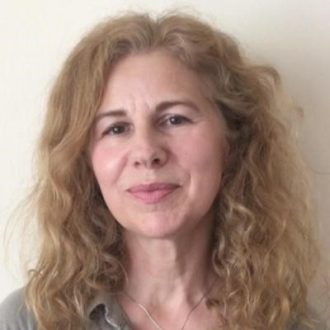 ‘Drawing from Fancy: The Intersection of Art and Design in Mid-Eighteenth-century London’, in special issue of RIHA Journal, ‘When Art History Meets Design History’ (March 2014)

Stories of progress and property: on the European Galleries at the V&A, Art Newspaper, 10 March 2016