Thesis: Unum Corpus: A Study of the Olivetan Network and their Artistic Patronage (1450 – 1550)

My research focuses on works of art that were owned and commissioned by the Olivetans, a monastic branch of the Benedictine Order founded near Siena in 1313, during a period of intense growth and expansion (1450 – 1550). The research uses their distinctive character, devotional practice and administrative structure as a lens through which to interpret their activities.

By the end of the sixteenth century, the Olivetans were prominent and widespread; they maintained a substantial congregation of 100 monasteries and 1190 monks across Italy, their influence stretching from Milan to Palermo. Supported by an array of eminent and dedicated patrons (e.g. the Marsuppini in Arezzo, the Malatesta in Rimini, Alfonso II in Naples etc.), they housed works from some of the most remarkable artists of the Renaissance, including Leonardo, Raphael, Mantegna, Andrea del Castagno, Paolo Uccello, Filippo Lippi and Pinturicchio.

In spite of their rich history of patronage, the Olivetan Order has been relatively understudied as a distinct network. Most investigation has been into the establishment of their territorial abbey, Monte Oliveto Maggiore, with particular attention paid to Luca Signorelli and il Sodoma’s decoration of the monastery’s cloister. Following this, studies have commonly interpreted individual works or sites in isolation, often marginalising the role and spiritual profile of the Order. This comparative neglect of the Olivetans as a patronage network is surprising, because, as this thesis explores, it was the Order’s emphasis on communality in structure and practice that often informed how their artworks were commissioned and determined these given works’ content and function.

The thesis focuses on this unique structure and character of the Olivetans, and is driven by four interrelated research questions:

Through these questions, the research aims to establish an alternative understanding of the Olivetans as patrons of art: how they saw themselves and how they experienced the pictures, sculptures, and objects they commissioned or for which they provided a home. 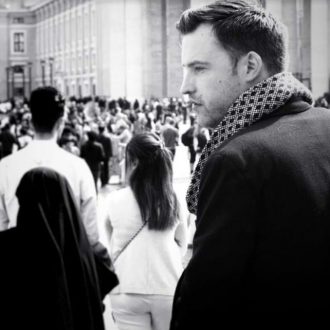