My thesis examines the art commissioned by two cardinal patrons, Girolamo Basso (ca 1440-1507) and Domenico della Rovere (1442-1501), to ask questions about how ideas and culture were communicated across the Italian peninsula in the fifteenth century.

Residing in Rome for the majority of their life, Girolamo and Domenico commissioned artworks in municipalities and communities as diverse as Turin (the soon-to-be seat of Savoy ducal power), Loreto (a ‘villa’ under direct control of the commune of Recanati, whose Marian Santuario della Santa Casa was renowned throughout Europe), and Rome itself. Their commissions involved important artists and architects, such as Pinturicchio, Andrea Bregno, Luca Signorelli, Melozzo da Forlì, Benedetto and Giuliano da Maiano, among others.

Shifting the focus from the analysis of the artistic commissions to that of the patrons and their networks, the thesis aims to cast new light on such artworks and their intellectual milieu. It seeks to define to what extent these were the result of the translation of cultural and stylistic models from Rome, and how, if at all, these reflect the encounter with local political, intellectual and artistic communities. In doing so, the thesis aims to contrasts a long-lasting, Florentine-centric view of Renaissance art. Lastly, the thesis grants particular attention to a region, Piedmont, that to this day has received virtually no attention in international scholarship. 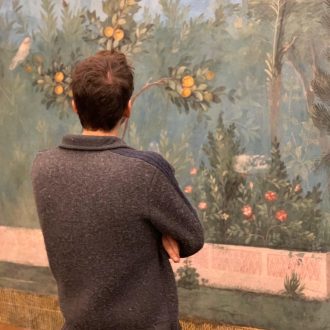