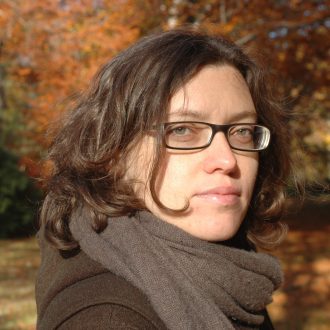 Federica Pich holds an Italian first degree in Modern Literature from the University of Pisa and a Diploma in Modern Philological Studies from the Scuola Normale Superiore di Pisa, where she completed a PhD in Italian Studies in 2006. She was awarded a series of post-doctoral fellowships and participated in two research projects funded by the Italian Ministry of Education, University and Research (PRIN 06, FIRB 06) and two projects funded by the ‘Progetto Giovani Ricercatori‘ (2007 and 2011). In 2012 she was appointed Lecturer in Italian at the University of Leeds.

Her research work has focused mainly on the relationship between literature and visual arts in the Renaissance, on lyric poetry, and Ariosto. She is also interested in the art of memory, Dante, and Petrarch. She published a monograph, I poeti davanti al ritratto. Da Petrarca a Marino (2010), and edited an annotated anthology of poems on portraits, in collaboration with Lina Bolzoni (Poesia e ritratto nel Rinascimento, 2008). She combines an interdisciplinary approach to the study of topoi and the history of culture with a strong interest in the theory and history of literary genres. She has been part of the committee that organised the ERC-funded exhibition Donne, cavalieri, incanti, follia. Viaggio attraverso le immagini dell’Orlando Furioso (Pisa, Centro espositivo San Michele degli Scalzi, 15 December 2012 – 15 February 2013).