Thesis: A History of the Portrait Miniature in the Atlantic Ocean World (c 1770-1830)

My research considers the use, value, and movement of portrait miniatures in the Caribbean during the long eighteenth century. Focusing on key sites of Caribbean and Circum-Atlantic interaction – including Suriname and Guyana; the French Antilles and Saint Domingue; the British West Indies; Louisiana; and the courts of Haiti and Brazil – I examine how portrait miniatures engaged in and were shaped by social relations in the spaces through which they circulated. Painted on sheets of ivory and surrounded with valuable materials like gold, pearls, and diamonds, miniatures and their jewel-encrusted containers were dependent on the transatlantic slave trade and its economic exploits. Over the course of the eighteenth century, the portable portrait-objects became a popular conduit of racialised identities.

Unlike larger portraits, the miniature was treasured as an intimate memento of an absent loved one or as a strategic diplomatic gift that was worn on the body, carried, and passed from one hand to another, often with locks of hair, relic-like, set on the reverse of the portrait. Many scholars have drawn on ideas about the ‘fetish’ to understand how the European portrait miniature was used and valued. My research expands on familiar comparisons to other animated objects that were imbued with a sense of agency in a European context, such as religious reliquaries, amulets, and relics, with a cross-cultural comparison to Afro-Atlantic amuletic objects that were popular in the early modern Caribbean. It presents a creole history of the miniature embedded in a wider world of Caribbean visual and material cultures. In doing so, the thesis suggests an alternative material and theoretical framework to study the portrait miniature and its movement in the Circum-Atlantic world. 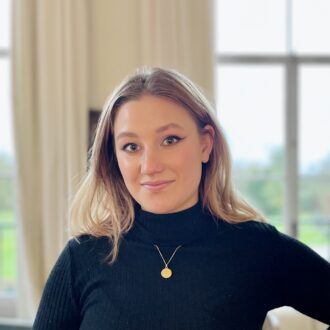