The Bear in the Sandbox: Art Therapy and the Museum Object

Illuminating Object is an internship programme giving postgraduate students in a variety of fields outside of the History of Art the opportunity to research, interpret and display works of art from The Courtauld Gallery’s collections. Since 2012, the curator of sculpture and decorative arts at The Courtauld has collaborated with interns from a wide range of backgrounds and institutions in and around London. Each has brought their unique interests and talents to the table, researching their chosen object and devising innovative ways to display it to the public, both on the gallery floor and online. Each year, as part of their internship, the Illuminating Objects interns also organise a seminar at the Research Forum, in which scholars and practitioners from various disciplines are brought together to discuss the internship from their varied perspectives.

This year’s Illuminating Objects Seminar explores the relationship between art and mental health, reflecting the focus on psychotherapy of the current display designed and researched by interns Isabel Hendley and Danny Kitchener, art therapy trainees at the University of Roehampton. Their Illuminating Object is an ancient bronze ornament in the form of a bear, which was formerly owned by the early twentieth century art critic, writer and painter Roger Fry (1866 – 1934). Danny and Isabel will present the research processes and methodologies involved in the internship, and consider the relationship between ‘Art’ and ‘Art Therapy’. The seminar will include guest speakers from the Courtauld Gallery and established art psychotherapists and will feature some interactive, creative workshops.

Across cultures, bears have been symbols in different ways to different people: from magnificent, powerful beasts to delightful characters in children’s stories and soft toys. Find out what the tiny bronze bear symbolizes for Danny and Isabel, and what the object might mean to you.

Helen Vance holds an MA in Integrative Arts Psychotherapy from the Institute for Arts in Therapy and Education in which she trained for four years. She is also accredited and registered with UKCP, HCPC, BACP and BAAT as an arts therapist and psychotherapist. Through her Integrative approach she combines Gestalt, Transactional Analysis, Psychodynamic, Mindfulness, Jung, and the Transpersonal, alongside consulting the latest developments in Neuroscience and Attachment research

Matthew Thompson has been at the Courtauld Gallery since 2015. He studied Fine Art at the Royal College of Art, receiving his MA in 1991. He subsequently began his own studio practice in East London in addition to working as a technician at The National Gallery, London. Beginning in 2007, Matthew undertook a PhD programme at Kingston University within the Fine Art Department for which he received an AHRC bursary. He also was awarded a Kluge Scholarship to undertake a residency at the Library of Congress, Washington DC in 2008/9. He received his PhD in 2011.

This event has passed.

This is an in person event held at our Vernon Square campus. Booking will close 30 minutes before the event start time. 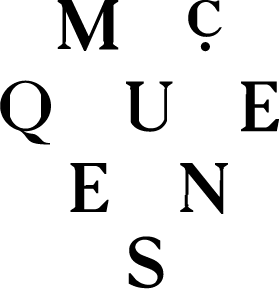