Tom Wilkinson is an art historian and writer specialising in modern and contemporary architecture and the visual culture of modern Germany. He was previously a Leverhulme Early Career Fellow at the Warburg Institute and has a PhD in the History of Art from University College London.

He is currently working on a project titled Image Economies: Visual Networks and Capital in Modern Germany. This focuses on three exemplary forms of circulating visual matter – emergency money issued during the inflation of 1914-1923, postcards, and satirical prints – investigating their intertwinement with capital flows.

Tom’s doctoral project examined the political implications of architectural history’s engagements with new media, looking at how film, radio and photobooks were used to present the buildings of the past to contemporary audiences in the Weimar period.

His other research interests include queer space in film, particularly west German cinema of the postwar period, and abject spaces of modernity such as servants’ rooms, dumps and sewers.

Tom is History Editor of the Architectural Review, where he has worked since 2012. He has also written for the Guardian, Domus, Tribune, Apollo, and the Architect’s Journal, among others, and his first book, Bricks and Mortals: Ten Great Buildings and the People They Made was published by Bloomsbury in 2014. He is co-director of New Architecture Writers, a programme for young Black and ethnic minority design critics that he co-founded in 2017. 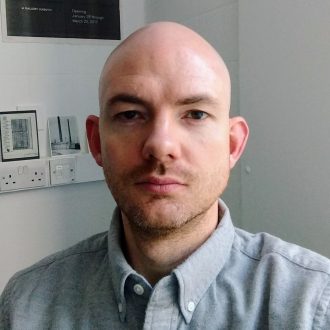