Thesis: ‘The Function of Artists and Artworks in Early Modern Diplomatic Encounters between the Habsburg Netherlands and the Ottoman Empire (1526-1574)’

During the sixteenth century several Netherlandish artists accompanied Habsburg diplomatic missions to the Ottoman Empire. Although most academic studies acknowledge the journey of these artists, they are usually mentioned fleetingly as support to other arguments.

Thus, the aim of my PhD research is to examine the function of Netherlandish artists and art in diplomatic encounters between the Habsburg Empire and the Ottoman Empire (1526-1574). In order to do so, my research considers the four most significant Habsburg diplomatic missions to the Ottoman Empire which dealt with the contested Hungarian border zone between both empires and which were all lead by Netherlandish ambassadors: 1533 and 1534 Cornelis de Schepper, 1545-1547 Gerard Veltwijck, 1552-62 Ogier Ghislain de Busbecq, and 1570-74 Karel Rym. On at least three of these missions, an artist accompanied the diplomatic entourage, namely Pieter Coecke van Aelst (1533), Melchior Lorck (1555-59) and Lambert de Vos (1570-74).

The artists and visual material under consideration in my PhD project have never been studied in relation to these diplomatic missions. Furthermore, traditional scholarship has considered them predominantly in the context of the so-called “Image of the Turk”.

My research will reconsider these artworks as visual objects – visual reports so-to-speak – made by artists who were employed and travelled within a diplomatic context. I argue that the legitimacy of these visual objects as primary sources of Habsburg-Ottoman diplomatic encounters should be reconsidered. As such, my research seeks to give voice to these artists and approach their visual artworks as agents of diplomacy. Thus, as they embody a relationship that goes beyond a Eurocentric vision, I propose to step away from this Eurocentric approach that has only considered them as an expression of the European perception of the “Turk”. 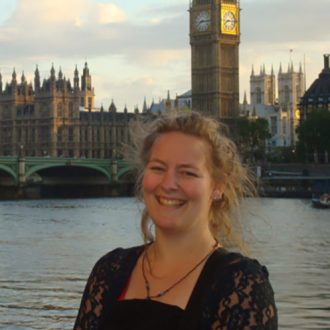 I spent my third year as an Erasmus Exchange student at the Universidad Complutense de Madrid in Spain (2007-2008).

‘Unravelling the Image of the Turk: an examination of artists who travelled to Constantinople between 1453 and 1571: Gentile Bellini, Pieter Coecke van Aelst and Nicolas de Nicolay’, Crossroads: East and West: Cultural contacts, transfers and interchanges between East and West in the Mediterranean, Split, Croatia, September 17-19, 2015.

‘Sixteenth-century cross-cultural encounters and artistic exchange between Netherlandish artists and diplomats at the Ottoman Court’, Centres of Diplomacy, Centres of Culture II: The English, French, and Ottoman Courts c.1450- c.1630, The Oxford Research Centre in the Humanities, March 14-15, 2016.

Conference Proceedings: ‘Images of Istanbul, Vienna and Venice as seen through the eyes of diplomats and artists belonging to Early European Embassies (1400-1600)’, in IMAGES (IV) – Images of the Other: Istanbul-Vienna-Venice edited by Veronika Bernard, Münster, Berlin, Wien, London, New York, 2015: pp. 147-154.

From 2017 until 2019, I organised the Early Modern Writing Workshop meetings at The Courtauld Institute of Art.

From August 2018 until January 2019, I was a member of the Student Committee for Action and Communication (CHASE Consortium), where I was Social Secretary (responsible for Social Media) and CHASE Co-Representative for The Courtauld Institute of Art.

As a freelance museum tour guide, I have worked for three years at Museum M in Leuven (Belgium). I also have experience as a volunteer working at the British Museum’s Prints and Drawings Study Room, the British Museum’s Hands-on Desk in the newly opened Albukhary Foundation Gallery of the Islamic World and as part of the V&A Museum’s Collection Move Team, where I assisted in the decant of the V&A’s collection at Blythe House.