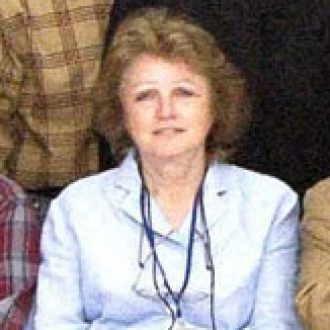 Responsible for the Department’s research agenda, Sharon supervised fifty-eight MA dissertations, resulting in thirty-two publications, as well as other research at PhD level. She was also the main supervisor of the Department’s conservation, research and teaching projects in China, Georgia, India and Malta, and Project Director of the Leon Levy Foundation Centre for Conservation Studies at Nagaur (Rajasthan). She played a central role in the implementation of the MA-level teaching in conservation undertaken at Dunhuang (China) in collaboration with the Dunhuang Academy and Getty Conservation Institute, and in 2014 was awarded The People’s Republic of China Friendship Award (China’s highest award for foreign experts who have made outstanding contributions to China’s economic and social progress).

Sharon served on the editorial board of Zeitschrift für Kunsttechnologie und Konservierung, and on other bodies including the Paintings Committee of the Church Buildings Council and the International Scientific Committee for the Conservation of the Marble Floor of St John’s Co-Cathedral in Valletta, Malta. She was a Fellow of the Society of Antiquaries, the International Institute for Conservation, of which she was Vice-President from 2010 to 2014, and the American Academy in Rome.