Thesis title: Intersections between literature and the visual arts under Cardinal Richelieu and his ministers

My research will highlight the involvement of writers from the Académie française in the visual culture of their time. The institution, formalised in 1635 but active some years prior, regulated French publications along lines of linguistic prowess as well as religious and political loyalty. At its helm were Cardinal Richelieu and Chancellor Pierre Séguier, whose commissions of art and literature (including illustrated books) served a political agenda. Artists in their employ, such as Philippe de Champaigne and Simon Vouet, worked with poets and playwrights to create schemes vaunting the power and morality of Louis XIII and his ministers. Studies of artistic and literary exchange of the period primarily centre on the painter Nicolas Poussin or the Académie royale de peinture et de sculpture (est. 1648). Focusing on the artworks decorating ministerial homes, as well as the illustrations for state-sponsored texts, this research will reveal a new dimension to the sisterhood of literature and art in 1630s Paris. Its chief contribution will be to unpack the allegorical articulation of political aspiration, French identity and masculinity across medial boundaries. 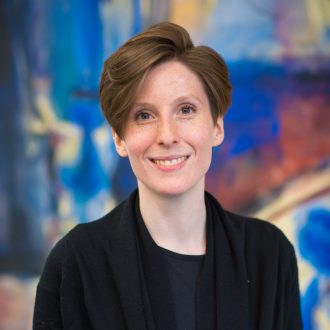 Other Professional and Academic Activity