Anne Wagner’s work focuses particularly on sculpture: its materials, the terms of its making, and how both partake in a wider social world.  This is the world that gives sculpture its meaning, in ways that inevitably vary over time. These topics have given shape to recent essays, and will find published form in a future book, Sculpture and the Making of the Human.

Class of 1936 Professor emerita at the University of California Berkeley, she is also the author of Jean-Baptiste Carpeaux:  Sculptor of the Second Empire, 1986; Jean-Baptiste Carpeaux:  Der Tanz.  Frankfurt, 1989; Three Artists (Three Women):  Modernism and the Art of Hesse, Krasner, and O’Keeffe, 1996; Mother Stone:  The Vitality of Modern British Sculpture, 2005; and A House Divided:  2012. With T. J. Clark, she is the author of Lowry and the Painting of Modern Life, Tate Britain, 2013, and Pity and Terror: Picasso’s Path to Guernica, Reina Sofia, 2017. 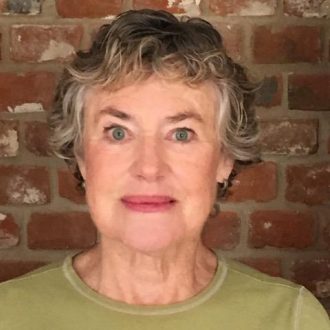