C. Oliver O’Donnell is a historian of modern art and intellectual history with a particular focus on the diverse Anglo-American traditions of modernity. In addition to teaching at the Courtauld, he holds a full-time research appointment at the Warburg Institute, University of London, where, since 2018, he has been a member of the Bilderfahrzeuge Project. He completed his doctorate at the University of California, Berkeley, in 2016, and, prior to coming to London, was a postdoctoral fellow at the Kunsthistorisches Institut in Florenz – Max-Planck-Institut.

Oliver’s research focuses on issues of transmission and exchange between art history and intellectual history broadly construed. His first book, developed from his PhD thesis, exemplifies this interest and was awarded the 2019 Willibald Sauerländler Prize from the Zentralinstitut für Kunstgeschichte in Munich. The book charts how the art historian Meyer Schapiro, who was close friends with many of the leading abstract expressionists, worked from the nexus of artistic and intellectual practice to confront some of the 20th century’s most abiding questions.  Building on this research, Oliver’s current work concerns paradoxes of empiricism and their resonance within visual art production of the Anglo-American world. 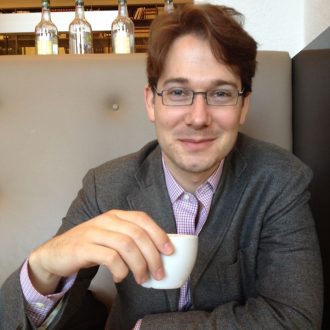