My research focuses on French eighteenth- and nineteenth-century interiors in New York mansions between c. 1880 and 1930. From the early 1880s, the movement of French eighteenth-century decorative arts from Paris and London to New York coincided with a growing fashion among the wealthy of that city for rooms in French historical styles. Assisted by decorator-dealers such as Jules Allard and Joseph Duveen, patrons such as the Vanderbilts and the Astors created sumptuous ballrooms, salons, and bathrooms reminiscent of the courts of Louis XIV, XV, and XVI. While these rooms were sensitive to considerations of ‘period’, they were also responsive to social and architectural demands, and ‘style’ was deployed differently in different spaces to achieve particular ends.

My thesis aims to elucidate the role of these interiors in the production of civilised American subjects during the so-called Gilded Age. More broadly, it seeks to examine and call attention to relationships between interior decorating and elite self-fashioning in this period. Focusing on the integration of designs, objects (new as well as ‘antique’), and ideas across a series of room types, I consider the French eighteenth century as a source of strategic and imaginative authority in an effort to situate newly wealthy New Yorkers within shifting frameworks of sociocultural hegemony. 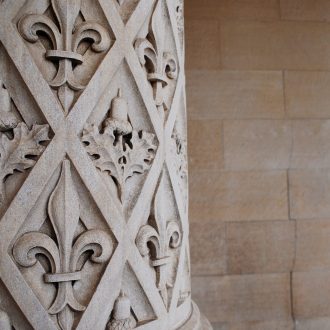