My doctoral research focuses upon the work of the Victorian artist, Frederic Leighton (1830-1896). Through a detailed study of Leighton’s social life and personal artefacts, my research identifies a friendship that Leighton shared with the physicist, John Tyndall (1820-1893). In what is identified as his ‘aesthetic credo’, Leighton asserts that ‘art is the visual utterance of…physical phenomena’ (c.1871). Using the relationship between Leighton and Tyndall as its starting point, this thesis sets out to inquire what that statement may have meant to Leighton by exploring the ways in which Victorian physics informed or influenced his work. Each part takes as its starting point a topic from one of three books by Tyndall that Leighton owned – ‘Sound: Delivered in Eight Lectures’ (1867), ‘Fragments of Science’ (1871), and ‘Six Lectures on Light’ (1873)’–to investigate subsections of the artist’s oeuvre.

The thesis explores how the innovations of Victorian physics provided an empirical basis for the artistic exploration of prominent aesthetic themes such as physiological sensation, energy, transformation, liminal states and spaces, degeneration, transient phenomena, and bodily sensibility. It argues that Leighton’s mid-late works are phrased via imagery and theoretical concepts derived from Victorian physics, which provided him with a visual language that informs his aesthetic expression. In part, my research takes its lead from recent works of ‘cultural phenomenology’, which have adapted phenomenological philosophy for cultural studies. Rather than seeing the body as a product of dominant social constructions, I instead focus on its experiential dimensions as a physical entity shaped by the myriad forces and waves of energy in the Victorian aether.

Situating Leighton’s work within the context of Aestheticism, I employ approaches mapped out in recent theoretical work on cultural production and the sociology of texts to demonstrate how the discourse of Aestheticism was actively caught up with the ideological debates surrounding the materialism of contemporary physics.

My work forms part of a developing field of research seeking to redefine our understanding of the relationship between art and science; it argues that they should be seen as complementary enterprises both shaped by and shaping each other in a shared cultural landscape. 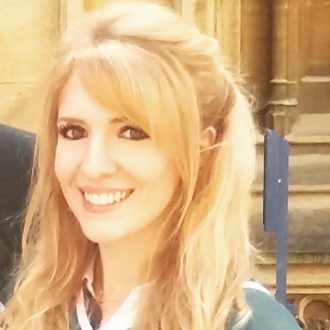