Thesis: An International Fabric: Sixteenth-century Networks of Tapestry Production and Trade between Flanders and Italy (1517-1566)

Funded by the Prins Bernhard Cultuurfonds

The practice of importing tapestries from Flanders into Italy existed well before the sixteenth century, but the arrival of Raphael’s cartoons in Brussels in 1517 marked a turning point in this tradition. It changed the nature and scale of the exchange of tapestries, raw materials, and designs between the two countries. The fame of Flemish tapestries in Italy took flight, which resulted in increased numbers of Italian merchants, bankers, and intermediaries settling in Flanders and involving themselves in this trade. The merchants involved in the tapestry trade shaped a market for materials, money, designs and tapestries, which crossed boundaries in Europe and beyond.

My research project examines these networks of tapestry production and trade, by analysing the several infrastructures, agents and intermediaries involved in this exchange. The foundation for this research is formed by a letter book left to us by the Van der Molen, a merchant family active in Antwerp around the middle of the sixteenth century. The Van der Molen family was originally from Haarlem but settled in Antwerp in the early sixteenth-century after having received their training in Venice. The only documentation left to us from this firm is a letter book in which the Van der Molen copied every letter sent to their solely Italian clientele between 1538-1544. The Van der Molen letters provide a unique insight into the functioning of international tapestry commissions and the trade in tapestries and materials. Taking an active part in the commission trade for tapestries, the Van der Molen received requests for single pieces, entire sets, ready-made tapestries and ordered tapestries of specific measurements and subjects for their clients.

The letters offer a rich body of information on the tapestry market in this time and describe what issues arose in this international commission trade. Thus, the project answers a new set of questions that previous scholarship on tapestry has not touched upon to this extend. Providing new information on the supply of materials and designs for tapestries, their transportation and payment systems, it offers a full account of each action or step required in the establishment of a flourishing international tapestry market. 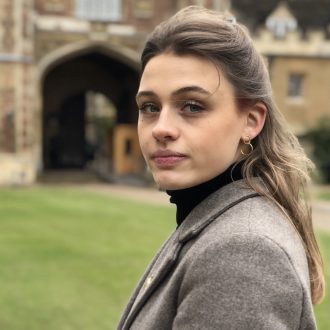 Fellowships and other activities