My PhD project investigates the making and meaning of special luminous phenomena occurring in the frescoed interiors of late-medieval Italian churches. On significant dates of the Christian calendar, expertly directed light beams could be observed as descending dramatically from designated apertures on the churches’ walls, illuminating symbols and bringing out sacred figures in painted scenes. This project provides the first systematic study of such phenomena as considered in their material realisation, their connections with liturgy, contemporary optical and astronomical sciences and their role in shaping the function and appearance of devotional artworks. Multiple case studies comprising works by Giotto, Simone Martini and Pietro Lorenzetti will be investigated alongside less familiar examples to establish patterns and specificities in the diffusion of religious timed lighting in Italy. The core questions will be: How did late-medieval artists cooperate with intellectuals to incorporate light as an artistic medium? Which sectors of the population were witnesses to scheduled spectacles of light? How did light-phenomena relate to Christian performances and rituals, e.g. the ‘liturgy of the hours’? What sensorial implications did light events entail for individual and public piety? 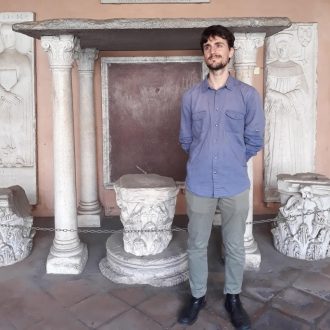 Fellowships and Other Academic Activities