Venetia Porter is a curator of Islamic and Contemporary Middle East art at the British Museum where she has been since 1989. She has a BA in Arabic and Persian and an MPhil in Islamic Art from the University of Oxford. Her PhD from the University of Durham is on the history and architecture of Medieval Yemen. She has curated two major exhibitions at the British Museum, Word into Art (2006) and Hajj: journey to the heart of Islam (2012) and was the lead curator for the Albukhary Foundation Gallery of the Islamic World which opened in October 2018.

Her research and publications range from Arabic inscriptions to contemporary art and include Islamic Tiles (1995), Arabic and Persian Seals and Amulets in the British Museum (2011). She is also a contributor to The Islamic World: A history through objects (2018) and recently edited her mother’s autobiography Thea Porter’s scrapbook (2019). Her current project is a book on the British Museum’s collection of works on paper by artists of the Middle East. 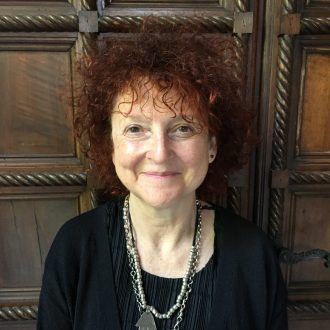