Dr. Mads Vedel Heilskov is a specialist in medieval religious culture with a keen interest in materiality and its role in the medieval religious experience. After earning his PhD at the Univasity of Aberdeen in 2018 he has worked on the ongoing research project  “Animated Materiality in the Medieval Catholic West” funded by the Carlsberg Foundation which investigates the ritual, devotional, material, textual, mental, sensory and social processes that led to objects animating and obtaining “life” in the medieval West. The first instalment of the project was carried out at École des hautes études en sciences sociales (EHESS) in Paris and focused on the intellectual and devotional side of object-animation.

The current instalment of the project entitled “Techniques of Life”, housed by the Courtauld Institute of Art in London, proposes that the “life” of objects should be considered as a process of becoming which can be broken down into a series of actions involving material, artisanal, ritual, and perceptive components. The project aims at tracing every step of the “becoming” of a selected corpus of artificial humans – crucifixes with movable parts – from late medieval/early renaissance Italy, c. 1350-1500, from the procurement of the raw materials (e.g. wood, minerals, oils, glues, fibres), via their assembly and working at the artist’s workshop, where forms were impressed upon materials in a continuous metamorphosis from the wooden core to the painted surface, to their active role within liturgical and devotional contexts and reception within popular culture. Thereby, the project aims at de-essentializing the phenomenon of life itself and to propose a new framework for its understanding.

The most recent publication is “Materiality and Religious Practice in Medieval Denmark” (Brepols 2021) which was co-edited with Dr. Sarah Croix. 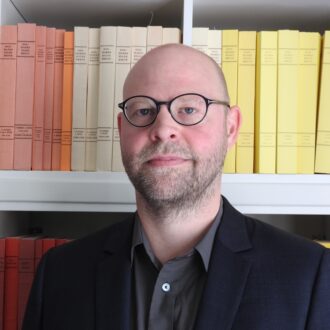