My research investigates French jewellers between 1920-29: their voice, influences and perspectives, explores how they wrestled with ways to define and legitimise jewellery as an expression of style, an object of high culture, a luxury good and the tensions those identities created.  Through charting their path to the 1929 ‘Les Arts de la bijouterie, de la joaillerie et l’orfèvrerie’ exhibition at the Musée Galliera in Paris, I will investigate the driving forces behind this evolution and how it manifested itself through the written word, imagery, collaboration, and exhibitions.  By contextualising it in relation to design, decorative arts, fashion, and the demands of a creative business, this thesis challenges existing perceptions of the study of interwar jewellery to establish an interdisciplinary approach to the field.

Paris in the 1920s, for jewellery, was a hotbed of ambition, artistry and innovation where diverse artistic and technological influences converged.  Moreover, many of the innovative jewellers that rose to prominence in the 1920s were scions of dynasties and part of a multi-generational family business, which fostered a milieu that enabled the younger generation to embrace the creative and intellectually fertile 1920s. My research presents an alternative approach to the study of French jewellers, their métier and the industry’s unique creative and cultural dynamics during this period. Moreover, how it was not simply grounded in the artistic, cultural and societal changes of post-WWI but evolved from the discourse on jewellery and decorative arts that had found traction during the Second Empire. 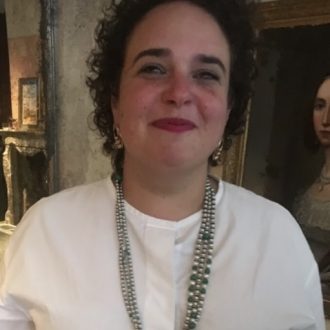