Thesis: ‘The Prints of Agostino Carracci and his Role as Inventor in the Reform of the Arts’

Funded by Consortium of the Humanities and the Arts South-East England.

My research centers on the engravings of Agostino Carracci (1557-1602).  Despite the recent attention afforded to his brother Annibale at the 400th anniversary of his death in 1609, Agostino’s role in the Carracci Academy and workshop remains little studied.  My thesis will re-assess the importance of his role as an engraver within the Carracci family’s endeavors and the role his prints played in the reform of the arts at the turn of the seventeenth century.

Agostino’s reproductive engravings are generally considered to be technically superior to his original compositions.  Consequently, he has been deemed an excellent imitator, but a poor inventor.  His importance and influence have therefore been underrated. My research challenges the perception of Agostino as a slavish copyist and readdresses the significance of both his reproductive and original engravings, clarifying his status as an interpreter and inventor of great complexity, who developed a distinctive, personal style in both his reproductive and original prints.  Agostino’s role in the Carracci Academy, his early commercial practices, his dependence on the financial backing of publishes in Venice and Rome, and the claim that he established his own publishing business in the mid-1580s will all be thoroughly investigated in order to assess the broader issues of imitation and artistic collaboration in the sixteenth and seventeenth century. 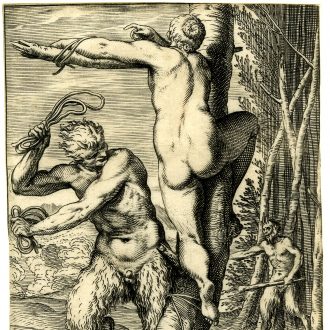 Michael Bromberg Fellow in the Department of Prints and Drawings at the British Museum, 2013