Thesis: ‘Tota Pulchra es’: the emergence, function and reception of the ‘Virgin with Fifteen Symbols’ imagery in France and the Southern Netherlands, 1477 – 1546

This thesis will explore the reasons behind the sudden appearance and the proliferation of works of art depicting the ‘Virgin with Fifteen Symbols’, an entirely new form of devotional imagery that emerged in France at the turn of the sixteenth century. Portraying the Virgin surrounded by fifteen objects that together symbolise her Immaculate Conception, it quickly proliferated across western Europe. Curiously, this remarkable phenomenon has never before been systematically studied. What was the imagery’s functioning within the social, religious and cultural practices surrounding Marian devotion in France and the southern Netherlands at the period? And what was its role within the wider theological dispute concerning the Immaculate Conception? Closely examining rich groups of objects with this imagery that present a range of media, scales, audiences and contexts, my study will examine why and for whom these captivating and under-studied artworks were made, and what their agency and reception was. 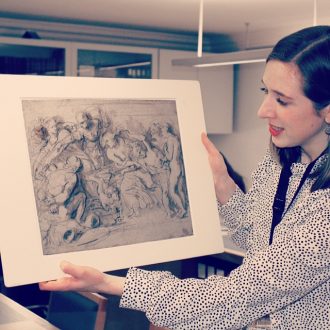