Ossip Zadkine was a major 20th century Russian sculptor who lived and worked in Paris from 1910 until his death in 1967. Zadkine also studied in Britain between 1905 and c1910, and exhibited in London from 1913 onwards.

A focus on Zadkine’s works in wood has led me to look at Zadkine’s background and education in both Russia and England. My research has considered the Russian artistic environment for his works, and has examined some of the facts and myths surrounding Zadkine’s early life. The experience of exile, and how that may affect the way an artist’s story is explained, has also been explored.

My research has also looked at the art school education for sculptors in early 20th century Britain and has considered the beginnings of modernist sculpture in both France and England in the first decade of the 20th century. This has included a comparison of the press it received in both Paris and London, as well as noting the elements of cross-Channel exchange.

Amongst other investigations that continue the theme of the sculptor abroad, I have considered Zadkine’s links with Britain throughout the 1920s and 30s, including important works he made for Edward Wadsworth. The thesis will conclude with an analysis of major exhibitions of Zadkine’s works in wood, in Brussels in 1933 and at the Brummer Gallery in New York in 1937.

I continue to be interested in the students from all over the world who were taught by Zadkine in Paris and the United States, and I hope to do work in the future on his influential and extensive teaching practice. 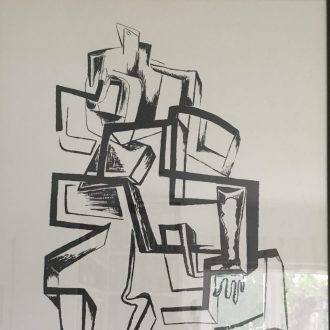