Barnaby Wright is a specialist in late nineteenth-century and twentieth-century art with a particular interest in modern British art. He studied at the Courtauld Institute of Art (BA, MA, Ph.D., 1996-2004) and began his curatorial career in 2005 as Exhibitions Curator at the Hermitage Rooms in Somerset House, London, where he staged a number of exhibitions in collaboration with The State Hermitage Museum in St Petersburg. He became a curator at The Courtauld Gallery in 2007 and has curated and co-curated a series of exhibitions including: Walter Sickert: The Camden Town Nudes (2007-08); Frank Auerbach: London Building Sites 1952-62 (2009-10); Cezanne’s Card Players (2010-11, second venue The Metropolitan Museum of Art, New York); Mondrian-Nicholson: In Parallel (2012); Becoming Picasso: Paris 1901 (2013); and Egon Schiele: The Radical Nude (2014-15). He has also recently curated two contemporary shows at the Courtauld: Richard Serra: Drawings for the Courtauld (2013); Jasper Johns: Regrets (2014).

Barnaby teaches on the MA Curating the Art Museum course and leads the Gallery’s collaboration with the programme. 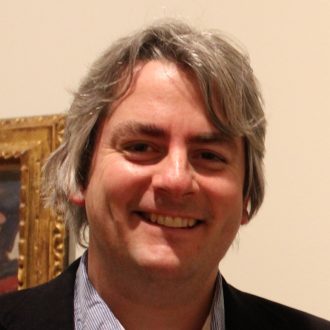