Thesis: ‘Mythologising the Individual: The Life, Death, and Afterlife of Giuliano de’ Medici in Art and Literature’

Giuliano de’ Medici (1453 – 1478) is one of the most prominent yet understudied figures of the Quattrocento, his importance forgotten and legacy reduced to being the assassinated younger brother of Lorenzo the Magnificent. Modern as well as Renaissance literature reinforces this idea, yet it is inconsistent with records of his artistic patronage and political responsibilities. Giuliano was clearly an integral member of the aesthetic and political arena of Florence, especially in the decade after his father Piero’s death (1469) when Lorenzo assumed the role of pater familias. I plan to demonstrate the complexity of the persona constructed around Giuliano by reconsidering and exploring the literature and visual art that is directly related to him. In the first study devoted specifically to this member of the Medici family, I will focus on the evolution of his image and identity that were, at first, fashioned by Giuliano himself and then, after he was killed, commandeered by Lorenzo and others. My research will demonstrate the importance of Giuliano and his visual legacy, both of which were overshadowed by Lorenzo in life as well as subsequent scholarly literature. 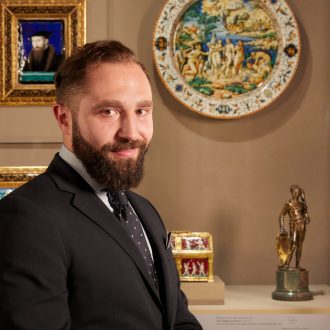