Scott Nethersole is currently working on three research projects: a long-term study on the connections (and the lack of connections) between Sub-Saharan Africa and Southern Europe in the Fifteenth Century.  He is particularly interested in the ‘Miracle of the Black Leg’ for how it reveals perceptions of Christian Africa in mid-fifteenth-century Florence.  He is also currently engaged with research on Lorenzo Ghiberti, which will have two outcomes: a monograph due in 2022/3 and a new edition, translation and commentary of Ghiberti’s writings on art (I commentarii), produced in collaboration with Dr Giulio Dalvit, Prof. Cecilia Panti (Università di Roma Tor Vergata) and Prof. Nicholas Temple (School of Art, Architecture and Design, London Metropolitan University).  Finally, he is preparing an exhibition focused on Botticelli’s Trinity Altarpiece together with colleagues in the Courtauld Gallery.

Scott’s research has tended to focus on fifteenth-century Florence, although his teaching embraces much more of central Italy, especially Siena and Perugia. He spent many years studying the relationship between art and violence in Florentine art of the fifteenth century, which resulted in a book, Art and Violence in Early Renaissance Florence, that appeared with Yale University Press in June 2018. It was followed by Art of Renaissance Florence: A City and its Legacy in January 2019. He is also interested in the reception of Renaissance art, especially in the seventeenth century, by artists such as Sassoferrato and Carlo Dolci.

Before joining the faculty at The Courtauld in 2010, Scott Nethersole was the Harry M Weinrebe Curatorial Assistant at the National Gallery, London. He worked for Sotheby’s between 2000-2004, after which he read for his doctorate, which he gained in 2008.  He was a Michael Bromberg Fellow in the Department of Prints and Drawings in the British Museum in 2007; a Residential Fellow at the Nederlands Interuniversitair Kunsthistorisch Instituut te Florence (The Dutch University Institute for Art History in Florence) in 2012; and a Berenson Fellow at I Tatti, The Harvard University Center for Italian Renaissance Studies, Florence in 2019. 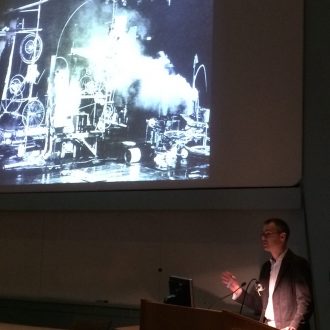