My research investigates the interplay between artistic production, social relationships and the urban fabric in Bologna between the late fifteenth and early sixteenth centuries. In doing so, the dissertation focuses on the architectural and artistic patronage of a select group of Bolognese families, interrogating how the form, materiality, aesthetic, function and location of their commissions affected and were influenced by social, political and familial ties. In order to map such interactions, the study examines in depth the refashioning of two churches that were established as main foci of patronage for the Bolognese civic elite. Through a wealth of hitherto unused archival documentation, my research aims at demonstrating the existence of a dynamic network of exchanges based on family relationships and social bonds that greatly determined the urban development of Bologna throughout the late Quattrocento and early Cinquecento. 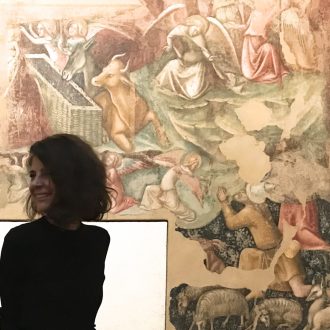