Mariana Zegianini is a specialist in pre-modern Chinese art, with a focus on painting and printmaking. She is currently writing her doctoral thesis on late-Ming dynasty portraiture at SOAS University of London.

Before starting her doctoral studies, Mariana worked at the British Museum while completing an MA in Art History of East Asia at SOAS (2016). At the Museum, she contributed to the digitisation and cataloguing of the its collections in the Japanese Art Department and in the Department of Prints and Drawings.

Mariana’s research addresses the picturing practices of the body and face in pre-modern China, and the relationship between calligraphy and landscape painting with portraiture. She is also interested in issues of gender in relation to women’s self-portrayal. She has written on decoloniality and in 2017 organised the international workshop Decolonising the Self: Representations of the Self in Art Theory and Practice across Cultures at SOAS. Mariana has presented her research at institutions such as the College Art Association, the University of Chicago, the Shanghai Museum and the Zhejiang University. Her teaching experience includes practice-led design courses, art history theory and methodology, and Chinese art modules.

Having worked as a practising designer for many years, Mariana has a special interest in the use of digital technologies as a process and methodology in art history. Her research has been supported by a studentship at SOAS, and grants from the Chiang-Ching Kuo Foundation, the Royal Academy and the University’s China Committee in London (UCCL), amongst others. 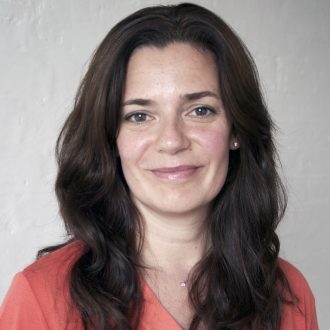 BA2 Seminar: Nature and the City in Pre-modern China

‘The Real and the Imagined Dong Qichang in Exalted Gathering in the Green Wood’, in The Ferryman of the Ink World, Proceedings of the International Symposium on Dong Qichang’s Painting and Calligraphy Art, Shanghai Museum, 2019: 124-147